This form of play is a safe form of competition which simulates bladed weapon competition. The philosophy of padded point sparring is “One Hit, One Kill”. The credit of this competition comes from the Eskrima Coalition.

a. Type of Play

i. Padded Point Sparring is played by two players.

i. a padded stick representing a weapon measuring 26 to 30 inches long and a diameter from one inch to no more than three inches is used to score points to targeted areas of the opponents body.

i. The objective is to win the match by accumulating the majority of points in a two minute match.

i. A match is won when one competitor accumulates the majority of points before the two minute round has expired. Upon the expiration of time and should the score be even, the match will continue without a time restriction until an opponent scores a point to end the match (sudden death).

II. AREA OF COMPETITION AND EQUIPMENT

i. The official ring is a square measuring 20 x 20 feet. At the center of the ring is the starting point of the competitors which is 5 feet apart. It will be marked with tape.

i. The use of approved stop watches that will have the abilities of start, stop and reset as minimum requirements. An object similar to a rolled towel will be used to throw in the ring to indicate time has expired.

i. A visual display will be used to indicate the competitors’ points during the match. Points and infractions (warnings) will also be tracked on the player cards.

i. The only equipment provided will be the padded weapon that will be used to simulate a bladed weapon. This may be twenty six to thirty inches long.

i. The minimum safety equipment a competitor may have in order to compete will be a tournament approved headgear with eye protection, padded gloves, groin protector and mouth piece.

i. The optional additional safety equipment are chest or torso protector, elbow pad, knee pads, forearm and shin pads and other safety equipment the competitor may feel needed to prevent injury.

i. The referee will use a staff or similar object in length not to exceed six feet to control the match.

i. Clothing and shoes

ii. In addition to the mandatory safety equipment, all competitors may wear clothing of any color. Insignias and writing on clothing must not be offensive to anyone. The shoes must have soles which do not mark or damage the floor. Street clothing is not allowed. Uniform shirts and trousers must have a neat appearance.

i. All tournaments shall be managed by a tournament director, who shall designate his officials and staff.

i. Each match shall have a center referee and two to four judges. They will be designated by the tournament director or the floor manager.

c. Removal of a referee or judge

i. Before the start of all tournaments, officials and players shall be briefed on rules, regulations, modifications and any other concerns the director wishes to impose.

i. A. Prematch duties. Before each match begins it shall be the duty of the referee to:

1. Check the ring for proper markings, cleanliness or hazards.

2. Check availability of materials such as time clocks, referee staff, padded weapons, paper and pencils a towel or similar object to use as a time over signal.

3. Check on the readiness and qualifications of the judges to ensure understanding of all rules and regulations.

4. Check each competitor for the required safety equipment.

iii. Forfeiture. A match can be announced a forfeit when:

1. Any player refuses to abide by the referee’s decision or accumulates a total of three infractions to the rules.

2. A player does not report to the ring when called three consecutive times.

3. Default. A player or team may be forfeited by the tournament director or official for failure to comply with host facilities rules while on the premises or between matches or abuse of hospitality, locker room or other rules and procedure.

i. Two or four judges will be in the ring with the referee during the match to confirm all decisions made by the referee. An agreement by the majority of the judges must take place.

ii. Replacing Judges. If a player objects to the selection of a judge prior to any match every effort shall be made to find a replacement.

iii. Position of judges. The judges are to be located at predesignated positions.

1. One judge shall be located directly across from the center referee at all times and shall be called the mirror judge.

2. The second judge shall be located 90 degree to the right of the referee and shall be called the shadow judge.

3. If there are four judges, they will be seated at each corner of the ring.

1. Judges must maintain a manner that will not mislead the decision of the referee or other judges in the ring and must wait for the command from the referee before showing their point indication.

a. Start of Match

i. Staging areas. The staging area will be located adjacent of the competition ring. It is the responsibility of the competitor or representative to be check in when they are being confirmed in his category. It is also the area where he must be prepared to enter his match.

ii. Coordinator. The roster will be checked by the coordinator to ensure all competitors are accounted for and to ensure no one from the same school are competing against each other on their first match when possible. Player cards will be randomly shuffled and the odd number of competitors dictates a “BYE”.

iv. The referee will check with the judges, time keeper and score keeper for ready status. When an acknowledgement from all officials is given the referee will give the command to the competitors to commence by using the Filipino word “Sigi” meaning to start or go.

v.The time keeper will start the clock and time will run continuous until a time out is called by the referee or two minutes have elapsed.

vi. A time-out can only be called by the referee and 1 given to each player. The referee can call a time out for injury, equipment adjustments, or discussion with the tournament director and judges.

i. Stop action by the referee when a possible point has been made. Points will be made only by the majority of the referee and judges. The referee will use his staff to interrupt the match and call break. The judges can also call points and stop the match by using the open palm hand signal to the referee to indicate a point has been scored. In either case a confirmation will then need to take place. The referee, judges and competitors will now return to their starting point. The referee will give verbal command to the judges “JUDGES READY — CALL” a hesitation between the words “READY” and “CALL” must be made. The judges and referee will then simultaneously extend out with a one or two finger point to the side they saw a point score.

ii. The referee will then confirm the point and ensure the score keeper makes the appropriate number change on the score keeping device.

iii. At the end of 2 minutes, the time keeper will throw in a towel or similar device to indicate time is over.

ii. It is the responsibility of the winning competitor to confirm his name is moved up in the bracket by going to the score keeper and giving his name.

V. Summary of Warnings and Automatic Disqualifications – The following restrictions were incorporated for the safety of the competitors.

i. Warnings are given on the following infractions. A total of three warnings will disqualify the competitor and default the opponent as winner.

1. HAND CHECKING. This is not allowed to any parts of the body or head. Hand checking is only allowed to the weapon hand.

2. GRABBING. The match will be stopped if grabbing and holding is done.

3. Strikes to the rear of the body including the head is not allowed.

4. FOUL LANGUAGE. Cursing and swearing unintentional or otherwise remarks will not be tolerated.

5. EXCESSIVE CONTACT. A warning will be made if competitors do not stop action when a “BREAK” is called.

i. The following list of infractions is carried out as an AUTOMATIC disqualification. The judges must confirm and agree. The tournament director may also question to confirm the disqualification to ensure guidelines are being met.

2. PUNCHING AND ELBOWS. Using the free hand to punch is not allowed. Only to check to the weapon arm. Using the Elbow for striking is prohibited.

4. THRUSTING OR BUTTING with tyke weapon. Not allowed with either end. 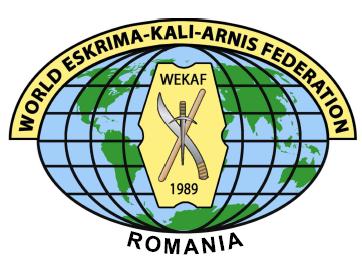 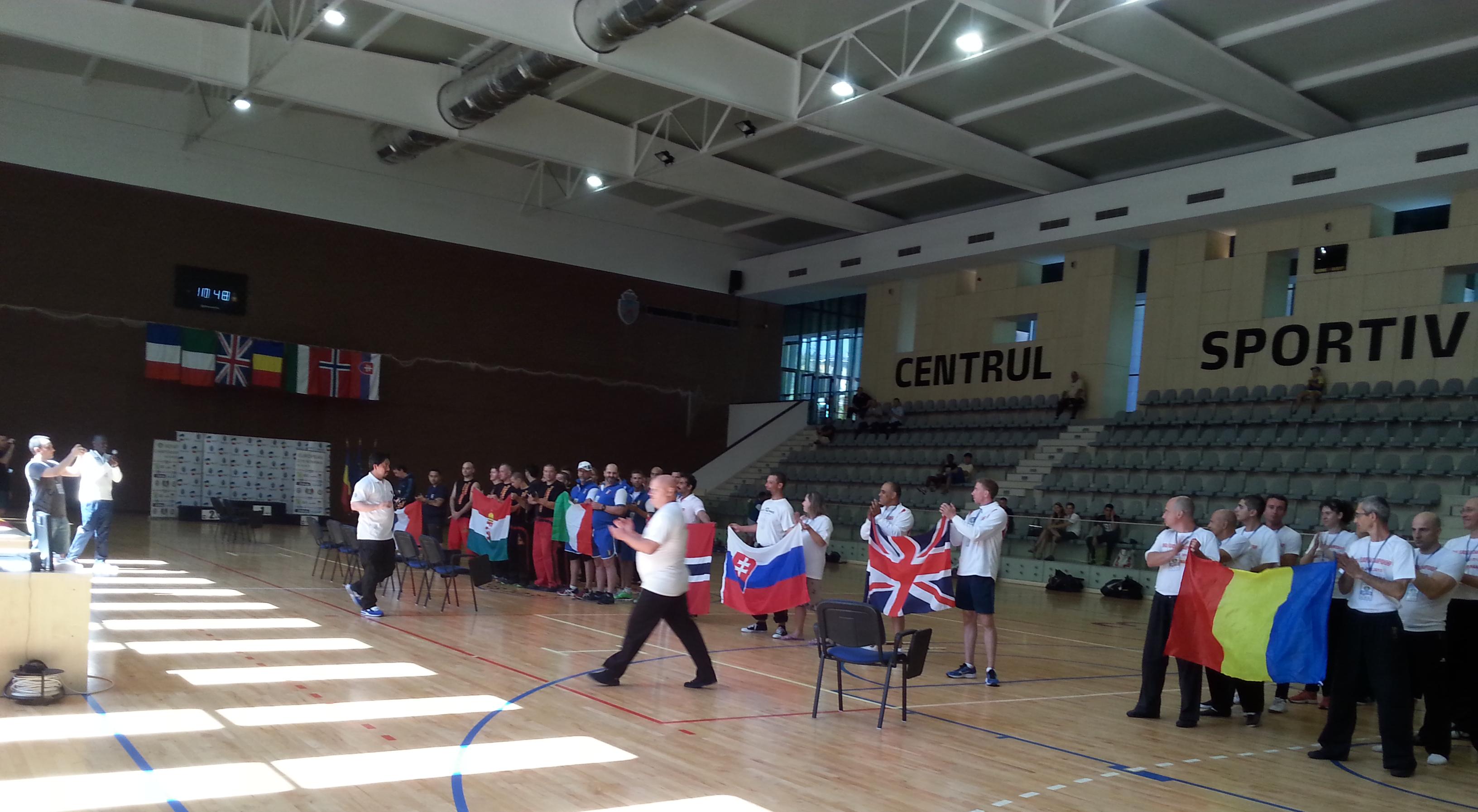 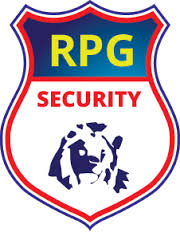 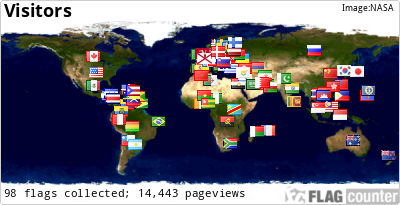